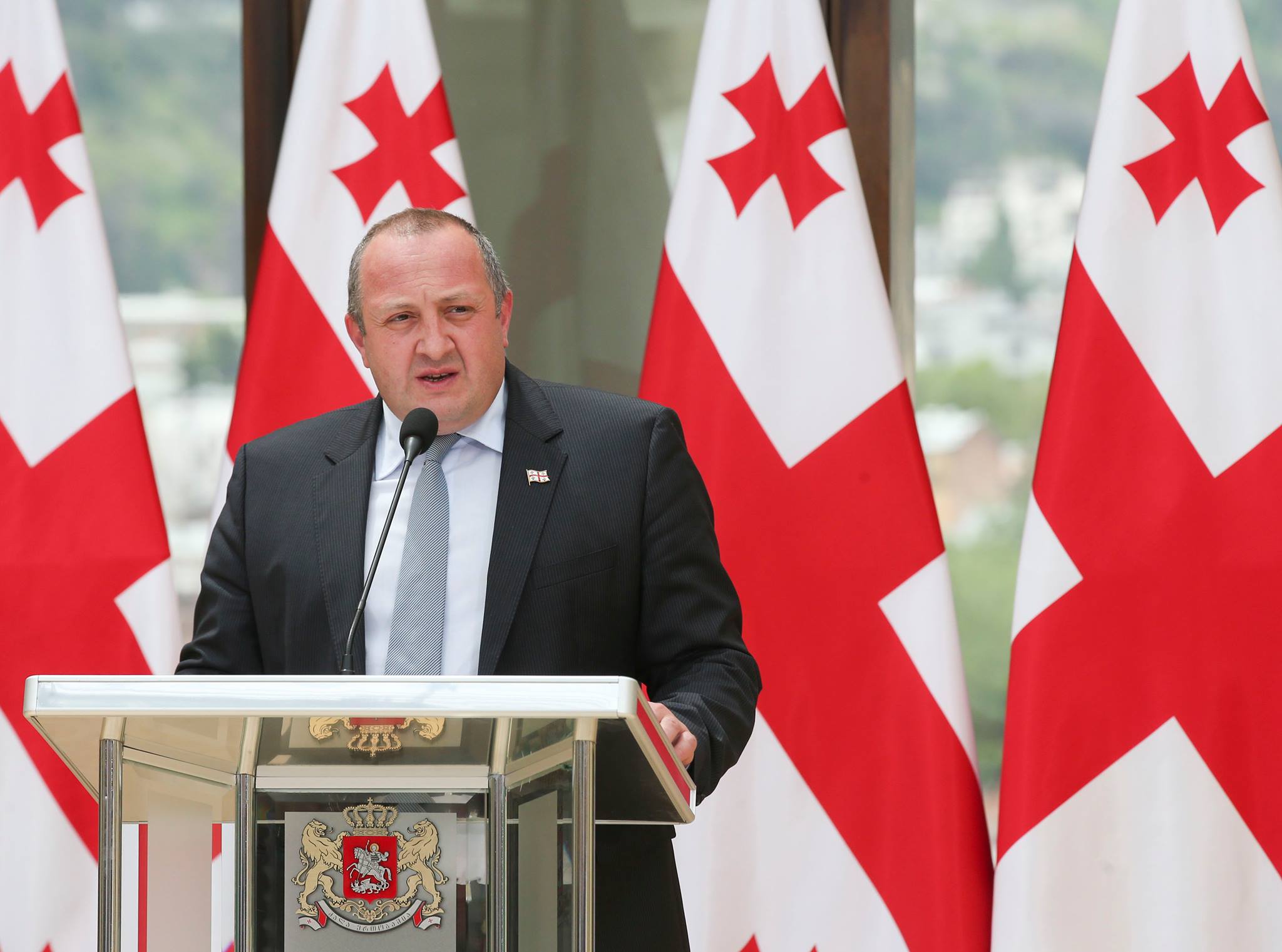 Commentary: WHO WILL BE GEORGIA’S NEW PRESIDENT?

New presidential elections are fast approaching in Georgia. They are scheduled for October 28, 2018.  It is very interesting that this time the ruling “Georgian Dream'” party which holds an absolute parliamentary majority and has unilaterally formed four governments over the last six years decided not to nominate a presidential candidate for this election cycle.  Leaders of the majority party declared that they will support one of the independent candidates for president.  Georgia’s current president, Giorgi T. Margvelashvili has not announced his plans about running for re-election.   Many experts think that Mr. Margvelashvili will not run this time and will retire.  His candidacy was actively promoted by the Georgian Dream party in 2013 and once he was elected president, he chose to distance himself from the ruling party.  This won him a reputation as a moderately independent president, with pro-Western and pro-democracy values.

There are indications that the sole independent female candidate for presidency, Mrs. Salome Zourabishvili will get the support of the ruling party and along with it, its administrative resources, which will give her a big advantage in the presidential race. Mrs. Zourabishvili was born and raised in France, the daughter of immigrants from the first independent social-democratic republic of Georgia (1918-1921).  She was educated in France and the United States and served as a French diplomat at different missions throughout her career.  In 2004, former Georgian President, Mikheil Saakashvili tapped her as his Foreign Minister and she presided over the Russian troop withdrawal from Georgia in 2005.  After a disagreement with Saakashvili on a number of issues, she left her post as Foreign Minister and joined the opposition, becoming actively involved in protests from 2006 to 2009.   She continued her career as a UN diplomat in New York City overseeing the problems of disarmament.   After her service at the UN, she returned to Georgia and ran as an independent candidate for parliament in 2016 and beat the former Minister of Culture in the Saakashvili government, Nickoloz Rurua.  Since then she has been a member of the Georgian parliament, was moderately independent and conservative.   If elected, she will become the first female elected president of Georgia.   Her political views are close to those of the late British Prime Minister Margaret Thatcher. However, she proclaimed that she will be ‘first of all a women’s president’, which caused a lot of debates in the social media.   Her good relationship with Bidzina Ivanishvili, head of the ruling party and Georgia’s prime billionaire, will be key in this upcoming presidential struggle.

However, experts are not completely sure that Mrs. Zourabishvili will have the unconditional support of Ivanishvili’s crew.  There are a number of strong opponents within the voting electorate.  Mr. Grigiol Vashadze is representing the United National Movement of Georgia, the former ruling party of Mr. Saakashvili.  Mr. Vashadze is also a moderate figure, who also has a long and distinguished diplomatic record – first in the Soviet and Russian Foreign Services and then as Saakashvili’s Foreign Minister.   Unlike many of Saakashvili’s party members, Mr. Vashadze is not known as a hothead and even among his opponents he commands some respect as a distinguished statesman.  This gives him some chance at winning. Some experts state that Mr. Vashadze also has a good personal relationship with Bidzina Ivanishvili, who is Georgia’s strongest power-broker.  This relationship between current and former ruling regimes is called ‘co-habitation’ by the Georgian populace.  If you ask a regular cab driver or construction worker in Tbilisi, they will express their resentment at this ‘cohabitative’ state of events; they see it as an elitist plot against ordinary blue-collar inhabitants.

One additional moderate candidate is the former speaker of the Georgian Parliament during the Saakashvili period, Mr. David Bakradze.  Mr. Bakradze belongs to the group that split from Saaakshvili’s UNM and calls itself “European Georgia”.   This is the group led by Mr. Giga Bokeria, liberal former deputy foreign minister, who is well regarded as one of the smartest politicians in Georgia.  There have been talks in Georgian media that ‘European Georgia” was also paid by Georgia’s leading oligarch and now their financial situation is the best amongst all parties.  One group of experts is betting on Mr. Bakradze as next president of Georgia.   They note that even though he is from the formal opposition party, he will be a very convenient opposition president for Bidzina Ivanishvili and he will  help to consolidate the image of contemporary Georgia ‘as a democratic state’ with divided powers.

Another former speaker of the Parliament, Mr. David Usupashvili, is also running for the Presidency.  He is respected for his honesty and high professionalism as a constitutionalist and human rights defender.  It should be noted that during Mr. Usupashvili’s chairmanship of the Parliament of Georgia (2012-2016) Georgia had its best human rights record.  A number of experts indicate that the current parliamentary leadership is not up to his standard.  Mr. Usupashvili is also considered a good dealmaker, although lacks charisma to attract large masses of electors.  He also enjoys a good relationship with Bidzina Ivanishvili and it is possible that Georgia’s leading figure would bet on him.  But, here again, there are many questions unanswered.

There are number of other less significant candidates. There is still time to apply for this job.  However, popular perception in Georgia says that the next president of Georgia will be chosen not by the Georgian people, but by Mr. Ivanishvili. The one most pleasing to him, will get the job.