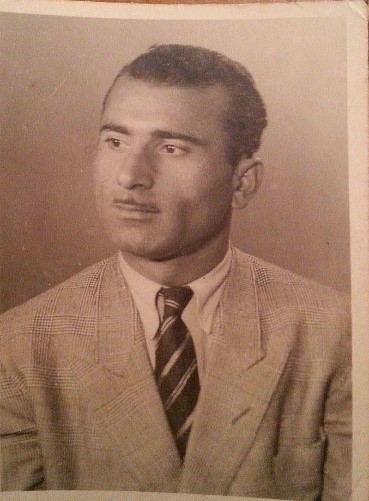 Mamia Zakradze’s life story is a tribute to the struggles of his generation of Georgians. Born in Gomi, Georgia, on April 10, 1920, Mamia Zakradze’s youth fell on fighting the Nazis in WWII. After the war ended, Mamia stayed in Germany where he met the love of his life, Helena Seitz. They had two children together, Alfred and Vera Zakradze. However, because of the Iron Curtain he lost touch with his parents and relatives in Georgia, who did not even know that he survived the war until early 60s.

In 1950s, Mamia got involved with the work of the Georgian Association in the United States, which sponsored his and his family’s arrival to the US. The family arrived via Ellis Island like many other post-WWII immigrants. They originally settled in New York City before moving to College Point, NY where Mamia Zakradze currently resides.

For almost 30 years, Mamia Zakradze’s life was closely intertwined with the Georgian Association in the US where he was a member of the Board and proud supporter of all Georgian causes from 1950 through 1989. Mamia supported many noble Georgian initiatives, including the creation of Camp Alaverdi in Cold Spring, NY, a summer camp for kids from the Caucasus. At the invitation of the founder of the camp, Siko Eristavi, Mamia Zakradze became Vice President of Camp Alaverdi in 1964 and served there until his retirement in 1996. Even though the camp had to close soon after his retirement, Mamia remains optimistic that one day it will open again.

Despite all the struggles, Mamia Zarkadze’s life gives us optimism and belief in bright future for Georgia and the US.

The GA Board is wishing Mamia Zakradze a Very Happy 100th Birthday! Congratulations on this amazing milestone! What an honor it is to celebrate a century of life with you. May you continue to enjoy the journey of life. 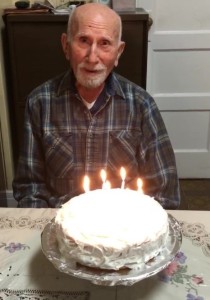