The Georgian Association has formed Advocacy, Press and Education working groups. Volunteers who kindly agree to participate in these groups will advocate for Georgian issues with the United States government and other relevant organizations, ensure fair coverage of Georgian issues in the press, and build a framework to help preserve the Georgian language and culture in the U.S.

Soon, the Association will issue a formal position paper on key issues and priorities important to the Georgian community in the U.S. and the organization as well. Support for territorial integrity of Georgia and stability in the Caucasus will be top priorities.

A coordinator will lead and manage activities of each working group. We are still looking for enthusiastic volunteers. If you would like to join any of the above-mentioned groups, please contact us. For logistical reasons, it is easier to participate in these efforts if you live in the Greater Washington area. However, there will be many opportunities to contribute from afar. Therefore, if you live in a different state and are interested in helping, please let us know.

A new Senate Resolution (S.Res.391) on the Latest News page under the title “The United States Senate Calls on the President of the United States to Engage in an Open Discussion with the Leaders of the Republic of Georgia”.

Chicago, IL — “Over the last several weeks, Russia and Georgia have been engaged in a steadily more dangerous confrontation over two secessionist regions of Georgia — South Ossetia and Abkhazia. Although these territories are located within Georgia’s internationally-recognized borders, the Russian government seems determined to challenge Georgia’s territorial integrity in both places. Developments took an especially provocative turn several days ago when four Russian warplanes violated Georgian airspace close to the Georgian capital for forty minutes.

All parties — Russia first and foremost — must now reduce tensions, avoid the risks of war, and reengage in peaceful negotiations.

As I stated in April of this year, I am committed to upholding the sovereignty and territorial integrity of Georgia. This commitment has long been a fundamental building block of U.S. policy, and it will not change under an Obama Administration. I also affirm Georgia’s right to pursue NATO membership. This aspiration in no way threatens the legitimate defense interests of Georgia’s neighbors.

Only a political settlement can resolve the conflicts over Abkhazia and South Ossetia. Russia needs to roll back the aggressive actions it has taken in the last three months. The Georgian government must resist the temptation to be drawn into a military conflict. All parties must make clear that they are committed to a diplomatic settlement and will not seek to resolve this dispute by force.

The international community must become more active in trying to defuse this confrontation. The fact that Russia has become a party to the conflict means that Russia is not qualified to play the role of a mediator. The visit to Georgia by German Foreign Minister Steinmeier this week was a positive, important step towards establishing a larger role for the European Union. The Euro-Atlantic community must speak with one voice in helping to promote peace in this volatile region. As part of the de-escalation process, a multilateral peacekeeping force must eventually replace the Russian peacekeeping force currently deployed in Abkhazia.”

The meeting focused on key areas of concern for the Georgian Association, including Russia’s actions against Georgia and Ukraine and other Central and East European countries, energy security and diversification, and NATO enlargement. Secretary Albright fondly remembered her collaboration with General John Shalikashvili as she recalled her work on NATO enlargement. “NATO enlargement, the removal of the divide between East and West Europe, opened up a new chapter in the history of Europe. John and I stood side-by-side during this momentous time,” Albright noted.

Secretary Albright speaking on behalf of Senator Clinton reaffirmed Senator’s support for NATO’s “open door” policy. She welcomed Ukraine’s and Georgia’s aspirations for full NATO membership. Secretary Albright made it clear that the Membership Action Plan (MAP) criteria constitute a roadmap for full NATO membership, and MAP will be the measure determining the timeline of the actual membership in NATO for Ukraine and Georgia.

Albright expressed confidence that Senator Clinton would continue to advance issues of concern to the Georgian Association and the CEEC and she urged the group to remain engaged on the issues in Washington DC. 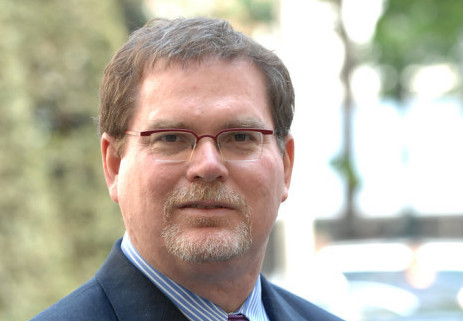 The questions posed to Dr. Asmus touched on issues such as energy security in Europe and the United States, stability in the Baltics and the Caucasus, fostering of U.S. ties with the Central and East European region, as well as the assessment of Russia’s presidential elections.

Dr. Asmus noted the importance of diversifying energy supplies to Europe and the United States and equated the importance of the Blue Stream and Nabucco projects to the significance of the Baku-Tbilisi-Ceyhan pipeline. Dr. Asmus said “Russia aggressively uses its energy resources as a weapon.” Asmus added that both the United States and the European Union should “tame Gazprom,” and apply competitive open market rules to Russian companies. The Blue Stream and Nabucco projects will act as catalysts in making Russia “play by open market rules.” “The oligarchic structures of Russia’s energy system must undergo liberalization,” Asmus stated. Asmus believes that real U.S.-EU cooperation will help “chip away at the current energy problems.” Asmus stressed Senator Clinton’s view of the importance of more active U.S.-EU collaboration in dealing with these ongoing energy security issues.

Many members of the CEEC expressed their disappointment with the White House’s reaction to the Russian presidential elections. Asmus explained that new policies are needed to deal with Russia. According to Asmus, “Washington’s Russian policy has exhausted itself. Current policy is not working as Russia is becoming more authoritarian. The Bush Administration has not placed enough focus on Russia. As a result, Russia continues to bully neighboring countries and challenge U.S. interests in the Central and East European region. Russia’s violations of Baltic air space is a useful illustration of Russia’s aggressiveness.” Asmus believes the next U.S. president will need to form new policies toward Russia.

Asmus opined that the right policy towards Russia will include progress on Ukraine’s and Georgia’s desire to join NATO. Asmus indicated that a “democratic and secure Ukraine anchored in the West is the best thing for Russia.” He noted that Ukraine’s and Georgia’s membership in NATO should not be threatening to Russia. He believes the United States must assist former Soviet countries in their consolidation of democracy.

Asmus said that strong U.S.-EU ties are needed to secure peace in Europe. Frank Koszorus, President of the American Hungarian Federation, expressed concern about Kosovo’s recent independence and its potentially negative effect on stability in Vojvodina. Russia’s support of Serbia has already caused ethnic tensions between minorities and Slavs. Asmus responded by saying “the U.S. made a mistake by taking its eyes off the Balkans.”

Dr. Asmus emphasized to members of the CEEC that Senator Clinton and her team will continue to keep Central and East Europe and Russia in focus and expressed desire for a continued dialogue with our communities. The CEEC members present thanked Dr. Asmus for his candid discussion today.

CBCC provides breast cancer screening services and breast health education to women who do not have health insurance or other means to pay for mammograms.

Breast and cervical cancers are the leading causes of death among Georgian women. The First Lady of Georgia dedicates much of her time to the work in health care. She chairs the reproductive Health Council under the Ministry of Labor, Health and Social Affairs of Georgia. The Council made it possible to establish the first breast cancer screening center in Tbilisi. At this center, women between the ages of 40-69 who live in Tbilisi receive free mammograms and consultations. The aim of the program is to ensure access for the target population, make the services acceptable and appropriate to the needs of eligible persons, maximize early detection of breast cancer, and therefore, help reduce mortality from breast cancer. Also, First Lady is Founder and Director of SOCO, a charitable organization, which works to improve reproductive health and child welfare in Georgia (www.soco.ge).

First Lady Roelofs hopes that the Tbilisi Breast Cancer Screening Center can serve as a blueprint for similar facilities in rural areas of Georgia, where the need for cancer screening services for women is urgent.

The discussion focused on key areas of concern for the Georgian Association: NATO enlargement, Russian actions against Georgia and Ukraine and other Central and East European countries, and energy security and diversification of supply. Mr. Scheunemann assured the meeting participants that Senator McCain is a strong supporter of NATO enlargement, and has been actively lobbying Congress for this issue since the 1990s, during the first round of enlargement. The Senator does not believe that Georgias membership in NATO should be tied to the resolution of the so-called frozen conflicts of Tskhinvali and Sokhumi. He fears that this conditionality will only give Russia an incentive to keep the conflicts unresolved.

As a President of the United States, Senator McCain would enhance transatlantic relationships with Europe. He would raise the issue of a more cohesive policy toward Russia with European allies, and elevate issues such as MAP for Georgia and Ukraine. The Senator believes that the United States must hold Russian leaders accountable for their policies inside and outside of Russia.

Mr. Scheunemann voiced Senator McCains concern over Russias use of energy for political leverage, and his support for the development of a common energy policy with Europe to avoid Russian monopolization of European energy supply. Senator McCain believes this important issue is a matter of national security for the United States.

Senator McCains advisors expressed confidence that their presidential candidate would continue his deep commitment to resolving the issues of concern to Georgia and other Central and East European countries.

Washington, DC-On Friday, February 29, 2008, Mamuka Tsereteli, President of the Georgian Association and Nino Japaridze, Board Member of the Georgian Association, along with representatives of the Central and East Europe Coalition (CEEC) met with Anthony Lake, Ph.D., senior foreign policy advisor for Senator Barack Obama’s 2008 presidential campaign. Joining Dr. Lake, and facilitating the meeting, was Mark Brzezinski, also a well-known foreign policy expert. In his opening remarks, Anthony Lake touched on many important issues of concern to the member organizations of the CEEC.

Among the topics of discussion were NATO enlargement (especially in light of the upcoming Bucharest Summit in April 2008) and the backsliding of democratic trends in the Russian Federation. In regards to NATO, Lake clearly stated that the enlargement process “reinforces democracy in all nations of Europe,” and brings all European nations together. Anthony Lake described the process itself as “not just of strategic importance [to the United States], but of morality, as well.”

Russia’s recent trend of more authoritarian control also sparked a few comments from Lake. Having expressed concern for the current government policies of President Vladimir Putin, Lake stressed, “We must engage them [the Russians] on issues of mutual interest and concern, but at the same time broaden our relations with the Russian people, not just the Russian government.”

“This meeting gave the Georgian Association the opportunity to discuss issues of mutual concern and interest and we look forward to working closely with policymakers in Washington on these key issues for our community,” Mamuka Tsereteli noted.