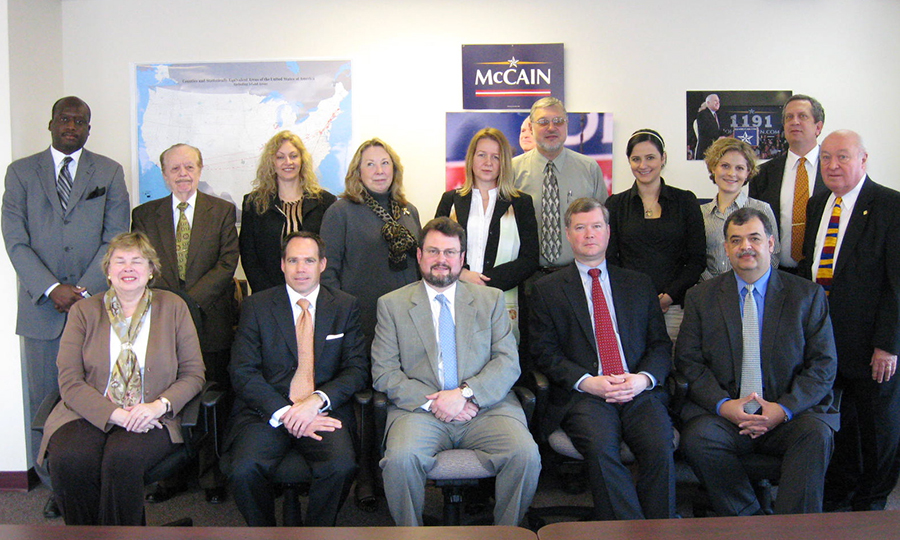 The discussion focused on key areas of concern for the Georgian Association: NATO enlargement, Russian actions against Georgia and Ukraine and other Central and East European countries, and energy security and diversification of supply. Mr. Scheunemann assured the meeting participants that Senator McCain is a strong supporter of NATO enlargement, and has been actively lobbying Congress for this issue since the 1990s, during the first round of enlargement. The Senator does not believe that Georgias membership in NATO should be tied to the resolution of the so-called frozen conflicts of Tskhinvali and Sokhumi. He fears that this conditionality will only give Russia an incentive to keep the conflicts unresolved.

As a President of the United States, Senator McCain would enhance transatlantic relationships with Europe. He would raise the issue of a more cohesive policy toward Russia with European allies, and elevate issues such as MAP for Georgia and Ukraine. The Senator believes that the United States must hold Russian leaders accountable for their policies inside and outside of Russia.

Mr. Scheunemann voiced Senator McCains concern over Russias use of energy for political leverage, and his support for the development of a common energy policy with Europe to avoid Russian monopolization of European energy supply. Senator McCain believes this important issue is a matter of national security for the United States.

Senator McCains advisors expressed confidence that their presidential candidate would continue his deep commitment to resolving the issues of concern to Georgia and other Central and East European countries.